A man of means by no means, King of the road.

Graduating from University in 1999 I was of course convinced that it would be a matter of weeks before one of the national newspapers beat a path to my door, or Hollywood would come calling.
However the phone stubbornly refused to ring. Mostly cos one of our housemates was spending his evening ramping up a phone bill the size of the national debt calling sex line routed through Tuvalu, we later discovered. 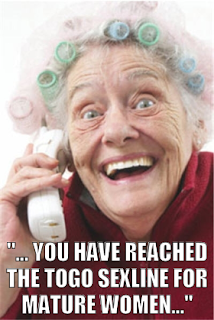 But with nothing doing after three years of arsing about, I took a job delivering toilet rolls and cleaning fluids for a very strange outfit in Newport. I was pulling a fiver an hour driving a big Merc panel van around south Wales and Bristol. My colleagues were all members of a Charismatic Christian Church. Nothing wrong with that, and they were terribly sweet. But the company was owned by one of their elders and they had to give one-third of their wages back to him, which he passed over to the church.
Still, they seemed happy enough with this arrangement, the church looked out for them in hard times so who am I to judge...
Though deciding to leave would mean you were ostracised by your family and friends and you lost your job. The Merc was alright though - neat bit of kit, did the business, reliable as hell. Sorry, heck.


It was while out on my rounds in Bristol that I happened to do a delivery to a shop opposite the house of a chap who had been a very dear chum, but who I hadn't seen for ten years. And as I pulled up he emerged from underneath a Bedford Rascal he was fixing.
Best mechanic I've ever met, by the way. Has a care and an eye for detail that makes me envious.
And it turned out that he had a room spare for a short period, and that we had to get out of our student digs. Very serendipitous. I bought the local paper and there was a stack of jobs I could do, all better paid than in South Wales.
A deal was struck. We could move in for eight weeks while we (I and my new beloved)  got ourselves straight.
So we did. I stashed Cassius my XS650 under a tarpaulin, we loaded the good lady's Ford Escort with the meagre belongings I'd managed to amass in the previous two years and we moved.
24 hours after moving I got my first job, It was a Sunday job driving a seven and a half tonne lorry a quarter of a mile from a warehouse to an IKEA full of flatpack furniture, unloading it, driving back to the warehouse and doing the same for eight hours. Because it was a Sunday I got 12 quid an hour. And I found a fag packet full of home-grown in the cab, which I obviously handed into the police...
Life looked good.
And the following day I took a job as a motorcycle despatch rider, seduced by the idea that I would be a knight of the road, and better yet I would get to ride around on someone else's bike.
In reality the job was an absolute sod. I learned very fast that riding a bike for a living soon took the edge off the experience.
The bikes had been pretty good, but a multitude of riders had made them a tad sloppy.
They had three ex-police Honda Pan-Europeans _ the one that later got taken off the road for being a deathtrap, and a couple of K100 BMWs one RS and one RT.
The Pans were good machines, and the companies failure to take the yellow police flashes off did get people to move out of your way sharpish. Best time on that was Bristol City Centre to Parliament Square , London - 119 miles - in 80 minutes, in the rush hour.


The K100s were alright, and I liked the RS on short hauls, but the crouched riding position  was damned uncomfortable on long haul and the riding position was a nightmare in traffic.
The biggest problem was the working conditions. You got minimum wage and I soon found I was working enormously long days for next to nothing.
Part of the deal was that the working day was supposed to be 8am - 4pm - and they docked an hours wage for the most trivial of misdemeanours.

And if a job came in it had to be done - and no matter how long it took you to do it if it came in before 4pm. but even if you worked many more hours there was no overtime. You got eight hours pay, and that was that. Which was how the owners had brand new Ducati 996's and top of the range BMW sports coupes.
The final straw for me came on week four when I found they had docked five hours from my wages, - even though I had been working unpaid for more than two hours a night.
The day I got my short wage packet, at 3.56pm they gave me a package and told me it had to be in Essex that night - a 400 mile round trip...

I did the job - and penned a letter that night.

"Dear Sirs, I regret to inform you that I am afraid your company does not reach the exacting standard I expect of an employer, and it is with regret that I am going to have to let you go...."