So, it's been a while.
There are various reasons for this, but basically it boils down to having a series of reliable vehicles, that aren't very interesting to write about, ("so I bought a Fiat and it was very nice, and then it got crushed by a 60 tonne crane. oh, alright, maybe that is a bit interesting)
And you might also note that the last posts coincided with the arrival of facebook in a big way.

On my facebook page a couple of weeks back I posted this picture: 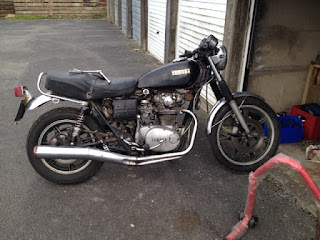 This, is Cassius, of whom I have written before.

The story of Cassius


Cassius has been stashed in my lock up for 8 years, sadly neglected, due to a lack of time, skill, and cash, quietly rotting away.


I rather foolishly said when I posted the picture that I was saying goodbye to Cassius because of a spate of open heart surgery, which worried a few, given that anyone like me who has been moderately dissolute in their youth (and erm middle age) might indeed be heading for the operating table.

But its actually Cass who needs the work.

So a couple of weeks ago I dropped him off with the very nice chaps at Alpha Classic Motorcycles for major remedial surgery.

Well after a day of swearing, they've managed to get her apart, and things aren't that bad. Beyond a possible rebore and couple of first oversize pistons, Cass needs not a lot else in the engine department, which, given the she was smoking like a James Bond secret weapon when she was parked up, is remarkable.

Incidentally the reason why the top end is all lovely and shiny is that she's been vapour blasted. what a remarkable thing that is because it turns this: 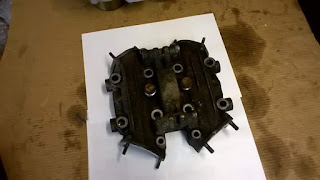 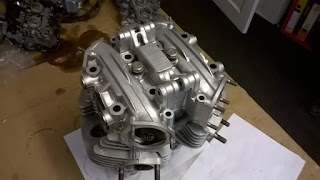 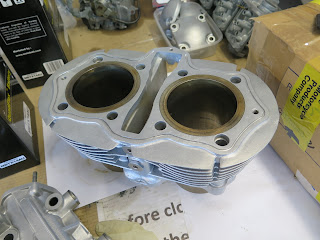 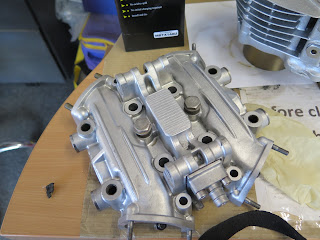 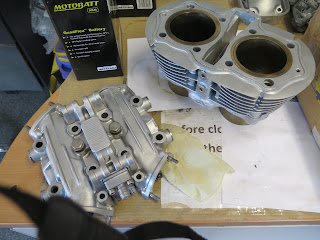 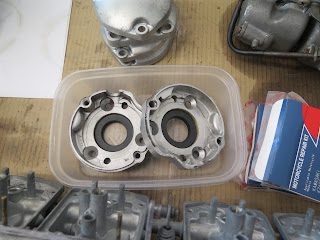 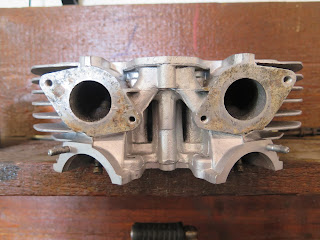 This is the guts of him 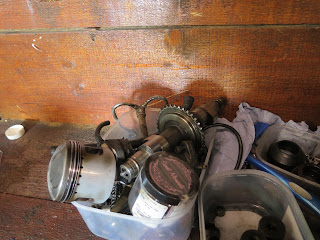 And this is what the bottom end looks like. Now Simon at Alpha is a bit worried that a shiny top end and grubby bottom end might look out of place, but I reckon that it's going to look like a surgery scar. Evidence he's been in the wars and come out the other side.
And I do like a bit of patina 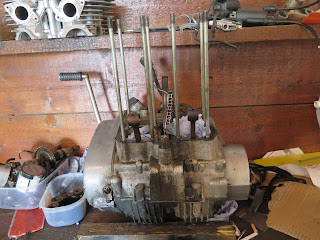 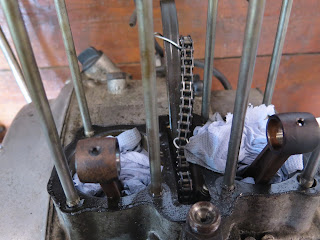 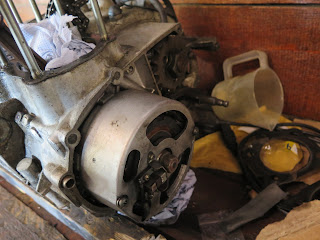 Looks like the engine is  going to be the easy bit though, because pretty much everything else is covered in a fine film of rust and that's going to be a job and a half...

The important thing for me is though, lets get this baby going again before the summer.

Good job I've got a bit bored of Facebook, I suppose.
Break out the WD40, paint stripper, wire brushes, spanners and paraffin. I'm going in. 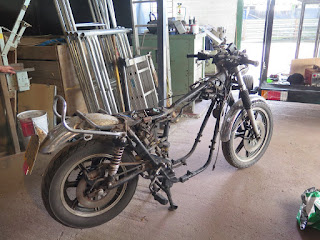